The Stigma of Fibromyalgia and Why It’s Stressing Me Out

This post may contain affiliate links. As an Amazon Associate I earn from qualifying purchases. Read the full disclosure here.

The contents of this blog and any links provided are not intended to replace medical advice. I am not a doctor. Never disregard professional medical advice. Read the full disclosure here.

As a chronic pain patient, I see my family doctor a LOT. I had only been with my current doctor for about six months when I was hit by a car. We got to know each other real well, real quick.

I used to see him weekly, then biweekly and then monthly. He got me through my severe concussion and related injuries. He was great when I was trying to get pregnant and had a miscarriage followed by a complete molar pregnancy.

When I needed chemo, he was there. When I ended up in the hospital for two weeks due to a blood clot and infection during chemo, he was literally there. He is one of a very small handful of family doctors in my city that maintain residency at a hospital. He immediately took over as my residing doctor and I saw him every single day I was there.

It’s easy to say I’m one of his more complicated patients. An awful lot has happened in the 6.5 years I have been attending his clinic. He has always respected my opinions, answered my questions and treated me as an educated individual. When necessary, he sends me to wonderful specialists. I always trust his recommendations.

I am stressing the f%ck out about my next appointment. It’s about six weeks away, I see him a bit less frequently lately because of COVID and having an infant. Six whole weeks to go and I’m already freaking out.

This isn’t normal though. I usually look forward to seeing him. This time, I have a few “demands”.

I’m in the process of ruling out certain illnesses based on particular symptoms showing up and getting worse rather quickly over the past year. Namely, fibromyalgia and POTS. Discussing POTS doesn’t really worry me since I’ve mentioned the lightheadedness, dizziness and passing out before. I had very recently had a baby though so he asked me to increase my salt intake and see how it goes. So at least that conversation has been started.

Fibromyalgia though, is a very different story.

I grew up with my mother having chronic pain from several car accidents. She went to doctor after doctor and kept coming up short of an actual diagnosis. Hell, at one point they thought she had lupus but even that turned out to be a dead end. Eventually, she was diagnosed with fibromyalgia.

This was semi-great news. She finally had an answer. Except, every single doctor she saw afterwards thought she was full of shit. At the time she was diagnosed, fibromyalgia was still very much misunderstood. It was what people got when they were a hypochondriac that demanded a diagnosis, according to society anyway. It was a terrible stigma that greatly hindered my mother’s access to appropriate healthcare.

This was in the 90’s. As much as awareness has been raised on the “realness” of fibromyalgia, there’s still a stigma attached. Older doctors seem to be the worst for it. They were around when it was considered nonsense and they never changed their opinions.

And this is why I’m stressing out.

The stigma of fibromylagia is still there. I know full well that fibromyalgia is real. My doctor knows my mother’s medical history too, so it’s been kinda brought up but that was before my many health issues arose. I don’t recall him saying anything negative about fibromyalgia, but I think it was mostly brushed over since it was just me stating my family medical history.

My doctor is younger as well, which obviously means he was more recently educated. He’s been open to many ideas. I used to be his only patient on Depo-Provera. He hated that but always allowed me the choice. A couple years later, he was totally on board with it and had other patients on it. So I know he’s open to a change of opinion. I’m his only cannabis patient as well, but he was willing to sort it out with me and get me the right doctors.

All of these positive aspects should be reassuring. He’s a great doctor and writing this post has really made me highlight how lucky I am to have him as my family doctor. I shouldn’t be worried. I shouldn’t feel like I need to prepare a speech just to try to get something ruled out. I’m not walking into my appointment claiming I have fibromyalgia, I just want to discuss it.

This ridiculous stigma and watching all the bullshit my mother has had to endure terrifies me. What if my doctor scoffs when I bring it up? What if he agrees to rule it out and send me to a specialist? If I actually do have fibromyalgia? How will any other doctor I encounter react if that’s the case? What if I am treated with such little respect that I don’t get the care I need?

I don’t have answers to any of these. I doubt I will come up with any over the next six weeks either. This is what undiagnosed chronic pain can do to someone. My brain is on overdrive trying to figure out every possible scenario. My anxiety is getting out of control and my intrusive thoughts are worse than usual. This all makes what little sleep I was already getting even less restful.

I hate to be chasing a diagnosis. I wish I could just let it be. I’m just not that kind of person. I’m a cold, calculating, logical robot. I need to know the facts of everything. I don’t necessarily need to have a plan, but I 200% need to know as much as humanly possible so that I can roll with anything. Being uncertain about my health drives me insane.

And that is why I’m freaking the f%ck out.

How has the stigma of fibromyalgia (or any illness) impacted your mental health and access to healthcare?

Let me know what you think Cancel reply

This site uses Akismet to reduce spam. Learn how your comment data is processed. 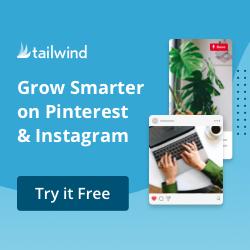 Theme by Anders Noren — Up ↑

We use cookies on our website to give you the most relevant experience by remembering your preferences and repeat visits. By clicking “Accept”, you consent to the use of ALL the cookies.
Do not sell my personal information.
Cookie settingsACCEPT
Manage consent

This website uses cookies to improve your experience while you navigate through the website. Out of these, the cookies that are categorized as necessary are stored on your browser as they are essential for the working of basic functionalities of the website. We also use third-party cookies that help us analyze and understand how you use this website. These cookies will be stored in your browser only with your consent. You also have the option to opt-out of these cookies. But opting out of some of these cookies may affect your browsing experience.
Necessary Always Enabled
Necessary cookies are absolutely essential for the website to function properly. This category only includes cookies that ensures basic functionalities and security features of the website. These cookies do not store any personal information.
Non-necessary
Any cookies that may not be particularly necessary for the website to function and is used specifically to collect user personal data via analytics, ads, other embedded contents are termed as non-necessary cookies. It is mandatory to procure user consent prior to running these cookies on your website.
SAVE & ACCEPT
%d bloggers like this: